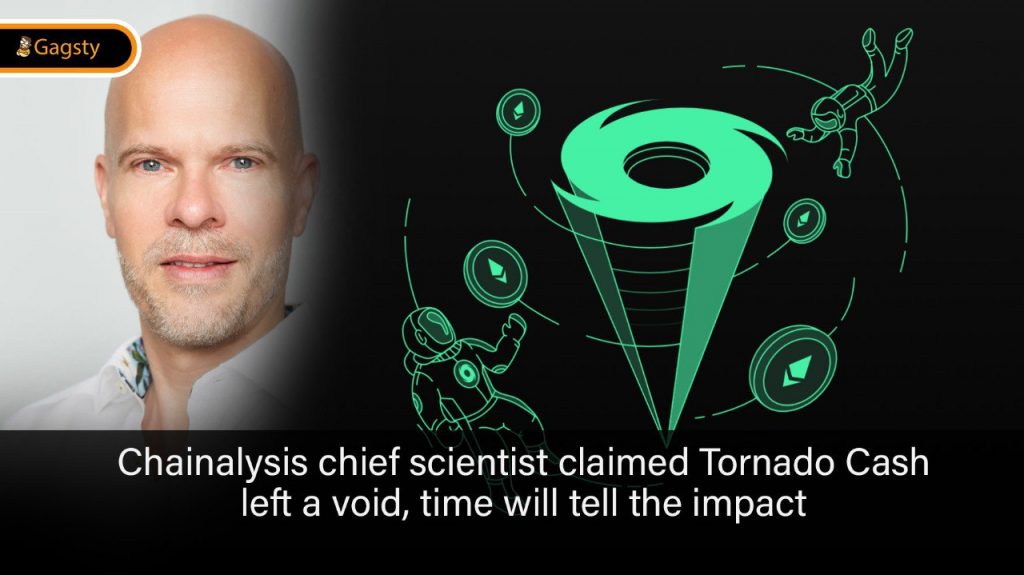 There’s a hole to be filled where Tornado Cash once was, and “junior mixers” are contending for position in the wake of the mixers sanction and ban by the U.S. Treasury.

Illum said while there is still some usage of the mixer, more time was needed to “see what’s happening” and how the ”world replies to that designation,” adding that people are trying to figure out what to do now the crypto mixer is effectively gone:

“People are getting more cautious in the space and are not sure how to interact with Tornado Cash, we’ve seen deposits into services providing similar activity go down at least temporarily, because people are measuring like ‘what does this mean for me?’”

But, where others see complications, some are clearly seeing a chance, Illum said a crop of what he calls “junior mixers” have popped up looking to cash in on the void that Tornado Cash left.

An August report by blockchain security firm SlowMist stated 74.6% of stolen funds on the Ethereum (ETH) network were transferred to Tornado Cash in the first half of 2022, a sum of over 300,000 ETH, around $380 million.

Statistics from Chanalysis presented the 30-day moving average of the total daily value received by crypto mixers reached a new all-time high of $51.8 million in April.

“If the liquidity isn’t there, you effectively dry up a lot of [a mixers] capability,” Lenfield added.

“The hunting for places where there is liquidity, when it’s highly visible after things like the OFAC sanctioning of Tornado Cash, I think makes a very interesting space to keep an eye on.”

The United States Treasury Department on Aug. 8 sanctioned Tornado cash which means criminal or civil penalties could be brought against U.S. citizens or entities who interact with the mixer. Over 40 cryptocurrency addresses supposedly connected to Tornado Cash were added to the Specially Designated Nationals list of the Office of Foreign Asset Control (OFAC).

While asked about the level of complexity that law enforcement agencies had in dealing with crypto related crime, Illum mentioned one of the biggest gaps in law enforcement at the moment is blockchain-related training.

“It is active in their minds, they are setting goals, and they’re working through that…but as in any aspect, there’s that learning curve to get them there, but there is 100% visibility and development in this space by those agencies.”